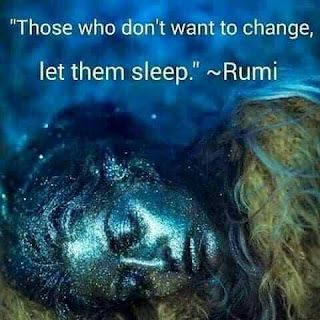 Lots of people sleeping these days.  Have had strange conversations with people who have their panties in a wad about not getting a vaccine. Being part of the more vulnerable population makes me take this bs a little personally.  I don't care if you want to get the virus, but I sure as hell don't want it.  It's the age old argument about where your rights (legally or morally) begin and mine end.  I told someone this morning that if it were me and I carried (knowingly or unknowingly) this thing to someone and it killed them, I would not be able to live with myself.  I guess I don't understand how everyone doesn't look at it like that.

I'm eating some dark chocolate--IN THE MIDDLE OF THE DAY.  That's the kind of day it is.  Some days, it just is what it is and other days I am in a fighting mode about all the stuff I live with daily.  It's exhausting. Thank goodness I don't feel like this every day. The past 20 years have been a circus fun house of learning to live with permanent disabilities that are rarely pretty or fun to talk about.  That are sometimes so frustrating I want to scream.  Other times I'm a regular girl Buddha, smiling through the ride.  I'll spare you the details.  Suffice it to say that life has handed me lemons on occasion and I have thrown them angrily against the wall.  Or made lemonade. You know, depending on how I feel on a particular day.  I suspect this is the way most people live their own circus lives.  Not insinuating that I am different than anyone else and certainly not unique. We're all doing the best we can and just walking each other home. Or, you know, making a shirt out of their skin.

Himself is walking the dogs. His OT shift today was shorter than usual by a couple of hours.  He watched with amusement for a bit as I whirling dervished my way around the house. It got to be too much, so he had to find somewhere to go.  Or he was afraid I'd ask him to run the vacuum. Either way, he's off to the park and reservoir to let dogs run.  It's about a 3 hour endeavor generally, as he takes them one at a time. The Meemonster, 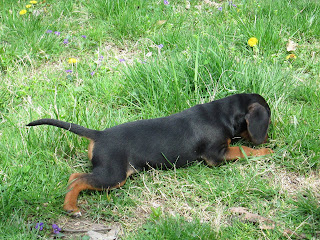 of course, cannot be allowed off the leash. She'd wind up in Alabama. But the 2 older dogs run to their hearts content and always keep the truck in sight in case this is the time he decides to abandon them.  The first picture is Bella and the second is Miss Molly McGee, the Jack Russell Terrorist. 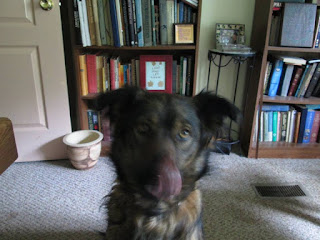 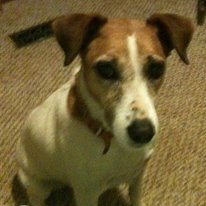 He gets a walk in and they get their run in and they all live happily ever after.  And I get a little extra time to finish up some things and get supper on the table.  Win/Win.
Alright. Enough for now. I haven't been able to write much since the big event last August, and in my mind I don't understand, since it seems like I'd have even more to say. Having a mild brush with death changes a person. No argument there...
Later, taters. I have cleaning and cooking to do.

I sure do miss your face girl!

I sure do miss yours too.