— His Holiness the Dalai Lama, 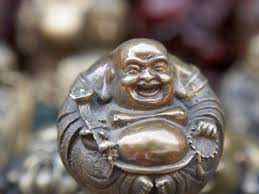 Well... I certainly got the BODY part down.   Now I just need to work on the mind and my foul mouth. LOL
It has been a crazy couple of weeks around Honeysuckle Hill. You know all about the water heater debacle. Next in the terror of 3's was the central air conditioning. The raccoons have gotten under the house and torn up everything, which includes the duct work for the air and heat.  Little bahstahds.  And of course, we here in the prairie state are having record hot temperatures that make it impossible to even go outside. The heat index a few days ago was 115.  That's freaking Death Valley temps, people.  Sheesh.  After making numerous calls to assorted and various HVAC places (after my regular guy couldn't even give me a future appointment, he is so overbooked and bogged down), no one is available that lives in our area. I called one guy in the city 30 miles away and they said because we're way up here, it would be a $100.00 service fee and they couldn't get out here until the middle to end of July.  Thanks but no thanks.  My son went under the house and jury rigged a few spots and it helped a little. For a minute. Then the days that were so hot the AC couldn't keep up, so the condenser outside froze up. In 100 degree temps, people, it froze. OUTSIDE.   We finally went to Lowe's and bought a second window unit to put in the open floor plan living room/kitchen.  Short term solution. But it made it comfortable.  I had gotten a memo from the cardiology team urging me to ..."exercise EXTREME caution in this heat and stay insode as much as possible." Also bought all new duct material to replace all the old stuff that was torn up.  He got under there and found a busted sewer pipe and a giant mess, so he spent the biggest part of Sunday cleaning up, and replacing that. It was really disgusting, and I felt so bad for him. But he soldiered on and got it done.  Thankfully we finally got a little rain and it cooled things down. And now today (and the next few days I guess) temps are in the low 70s.  Bizarre.
I have been chanting a lot these past few days.  lol
Last night we headed south to a short speaking engagement. Still not sure why they asked ME to speak  on a topic of prayer and meditation and a conscious contact with God. I'm one of God's rodeo clowns. lol  But it was  good to see people I haven't seen in over a year and it wasn't a huge crowd, so that was good. I have strange relationship(s) with the gods of my understanding.  I identify as a tree hugging, dirt worshiping, mutant Buddhist. I'm sure that tickles the shit out of God. The only reason I was able to stay in the recovery program that was full of God this and God that, was because they added a caveat: Why don't you choose your own concept of God ?  31 years ago (or 32, depending on how you do the math) I didn't have much belief in anything.  And my spiritual journey began. A man told me not to worry when I said I didn't know if I would get it fast enough. He said "Ya gots to crawl befoe you walks."  And maybe I have been crawling ever since. But it's okay. I have a deal with the god that I may or may not understand.  I don't drink, one day at a time, and I try to be a little better on all counts than I was yesterday. I pray a little, I chant a little and I dance a little.  And the god of my misunderstanding taps her foot and bobs in time.
I brought in the hummingbird feeders and cleaned and filled them and moved them around.  One feeder is not getting hit at all, picky little turds.  I may have found a solution. When I looked out the window a minute ago, there were about 10 hummers out there, fighting over 2 feeders.  That's just what they do.  lol  I also filled the seed feeder and the suet cage and there is a massive amount of traffic out there. Cowbirds, Sparrows, Indigo Buntings, Cardinals, Blue Jays, Wrens, Titmouses (Titmice ? lol) . Catbirds, Chickadees,  and a few others.  I think the cooler weather has triggered there appetites. We always have a lot of traffic, but this seems like way more this morning. I did a lot of vacuuming and carpet shampooing and am paying for it today. My lower back, my left hip and leg hurt like the dickens.  So I am going slowly into this good day and not planning to do much of anything beyond what I've done so far. Already you can barely tell I vacuumed...the dogs are shedding like it's a paying job.  Sigh...  oh well...  Today is one of 2 or 3 meatless meal days that we have been doing for a while.  Not sure what I'm going to fix, but it will probably be something simple.  I will look through some recipes and figure something out.  I keep tofu and several kinds of beans on hand all the time for protein sources.  And eggs we eat.  And lots of rice and quinoa and millet.  And vegetables of course.   Sometimes I sleep too long during my nap and wake up startled and run in and throw veggie burgers in a skillet.  lol  I don't think there are any left in the freezer though. I got some first world problems today, I'll tell you...
Posted by Akannie at 11:13 AM