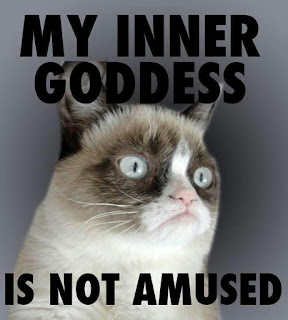 This has been one crazy week. Crazy, scary, devastating.  I have no words.   On my birthday, Wednesday, Trump and his minions attempted to stage a coup to stop the certification of the election.  It didn't work. Lots of property damage, people damage and 5 deaths. These idiots were filming themselves as they terrorized Congress and destroyed property.  Now the FBI is asking for help identifying them FROM THEIR OWN PICTURES and rounding them up a few at a time and they are outraged. They brought weapons into the Capitol and threatened people, even threatened to hang Mike Pence because he was doing his job. And they are butthurt about being demonized and arrested now.  If it wasn't such a travesty it would be funny. Unbelievable.  Certainly a bd I will never forget.

I have been staying home most of the time, going out now and then to do a curbside pickup of groceries.  I had to take my new glasses back to the eye place today, because I can't see with them.  I'm back to wearing my old ones, which frankly, are fine.  The nice man at the office finally figured out what the problem was and they will have to re-grind my lenses and they should be ready to p/u by the end of the week. He also said the new prescription was not very different at all. I wish they had told me that before I spent 250 dollars on them. (And that was my share- after insurance.)  While I was out, I stopped by a local discount grocery store and picked up a full case each of diced tomatoes and chickpeas. Then stopped to load up on pet food.  I got all put away, and even found jars for 20 of the 40 pounds of flour that came the other day and has been sitting on my dining room table, lol.  Today sesame seeds (2#) and wheat germ (1#)  came, so I jarred that up for storage too.  I use the wheat germ in my bread. I use the sesame seeds in lots of things. I've been cooking more Middle eastern and Mediterranean dishes, and many of those call for things like tamarind paste and fish sauce and sesame seeds.  I keep this stuff stocked up.  I love having the opportunity and ability to make and try lots of dishes from other cultures.  Last week I made a Muslim style rice noodles with beef that was out of this world !  I keep a nice stock of pastas, including rice noodles, cellophane noodles, soba noodles and regular old egg noodles and macaronis.  Also rice and quinoa and cous cous (which we don't eat very often, but it's nice to have).  Being able to buy things in bulk from Amazon is nice, especially during these crazy quarantine times. My husband hates that I'm on a first name basis with about 5 delivery drivers.  lol It's just a sign of the times.

I have been thinking about canning some dog and cat food items...things I could mix with oats or rice in the event that I couldn't get dog and cat food.  I don't want to get crazy about the state of the world, but today the FBI is warning law enforcement across the US of possible  armed protests at 50 state capitols starting Saturday through the inauguration on Jan. 20th.   These people have lost their minds.  As far as I can see, it wouldn't be a surprise for the chain of supply to be interfered with. I like to think we are prepared for anything that happens, but I don't know.  I guess we can just do what we can do and trust that it will be enough. I've looked at my seed vault and thought about ordering some more garden seed, but I probably have enough.  Again-- I don't want to get too crazy. There's enough of that in the world.

I have skills.  We have survived some pretty scary things-- natural disasters (tornadoes, hurricanes, earthquakes)...a car accident 5 years ago that turned our world upside down for a while. Food shortages and rationing things, tho no one starved and it was minor compared to some places, it's not something we're used to dealing with in this country (or in this house).  I have been convinced that it was necessary to keep a stocked pantry because 1) We live out in the country and if it snows a lot, we can't get out and 2) You never know what might happen.  When himself was hurt in that accident and couldn't work for 3.5 months, we got a real exercise in what it could be like, just from having to pay bills and survive on my disability. And we did it.  And it was scary and eventually satisfying to know we could do it. And there you go.

Alright, this old girl needs to hit the hay. I have plans for tomorrow...some things I really need to get done. Here's to democracy and level heads and crossing things off my list.  It could turn out to be a very productive day.

It's so nice to hear from you now and then, Annie. I think of you now and then and have wondered how you are faring during this time. Probably a good idea to make that pet food, and it's probably healthier for them anyway. Sending you hugs from the rainy Pacific Northwest.

Thank you DJan... How's the mister doing ?? I think of you both often... I keep hoping I'll get back into a regular blogging schedule.

glad to see you back..I'm still locked down amusing myself with my new robot vacuum.